I did not make the game completely it is under development but well this site will be constantly updated to demonstrate updates of poisontale Thanks:

Here is the list of things that Lyen will add, After all every game has updates is not it? Good in the future who knows he is on steam, but for now not after all we are developing the pre alpha of the game thanks:

PoisonTale AU: Well it all starts with Undertale simply undertale Old, Yes before the common story ... Kevin an innocent child strolling through the park, Falls in muffet's underworld walks in circles through a web maze until he finds a little broken ring, it was written Poison , then Kevin (Protagonist) By then nothing much Kevin was just a little scared because he was lost in that dark place, so he hears a laugh as an example: "Hehehehieheh" Kevin finds this familiar laugh, So the web spider comes out, Muffet (Final Boss) Muffet then asks Kevin, Muffet: - Hello little human what are you doing here? Kevin: Well I fall into a hole but why am I talking to a spider? Muffet: - Just get out of here right before I finish you ... "Hehiehiehie". Desperate Kevin rushes off and hides. You probably know Toriel don't you? good Kevin, brother of frisk Knowing about the story of undertale he runs to look for toriel because he was finding that well resembling ruins, so he even thinks, maas ... Don't live Heheh. Muffet then says, "Hello, good kid, tired of running?" I think it's enough for today just Don't tell anyone about it no more come to the ruins ... Or rather the underworld Muffet Go away! Kevin: But how? I don't have a ladder or anything to go back to Muffet: - You're not coming back you're gonna be stuck with me but ... Not here if you understand me ... Go to LakePoison There's what you're looking for Kevin: So there is the way out? Muffet: - No, there is your story Hiehehieheh ... Kevin trembles in fear and runs off then finds another piece of the ring and it reads Tale. And so begins his journey to save the muffle monsters by wanting to spread the Poison Virus to them and dominate Undertale ... Or rather? POISONTALE! Lyen Toxyen Copyright 2019.! 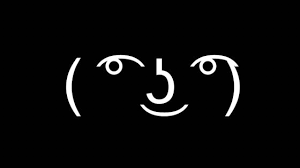